Simply calculate your cabin requirements
What do you need toilet cabins for?
Your field of application
Construction
Your field of application
Event
For your purpose we recommend Cabins
Please note that disabled toilets may need to be planned for events.
For events that last longer than one day, an intermediate cleaning is advisable.
For your requirement you need more than toilet cabins. At the moment an online order of more than toilet cabins is not possible, please contact our sales department! 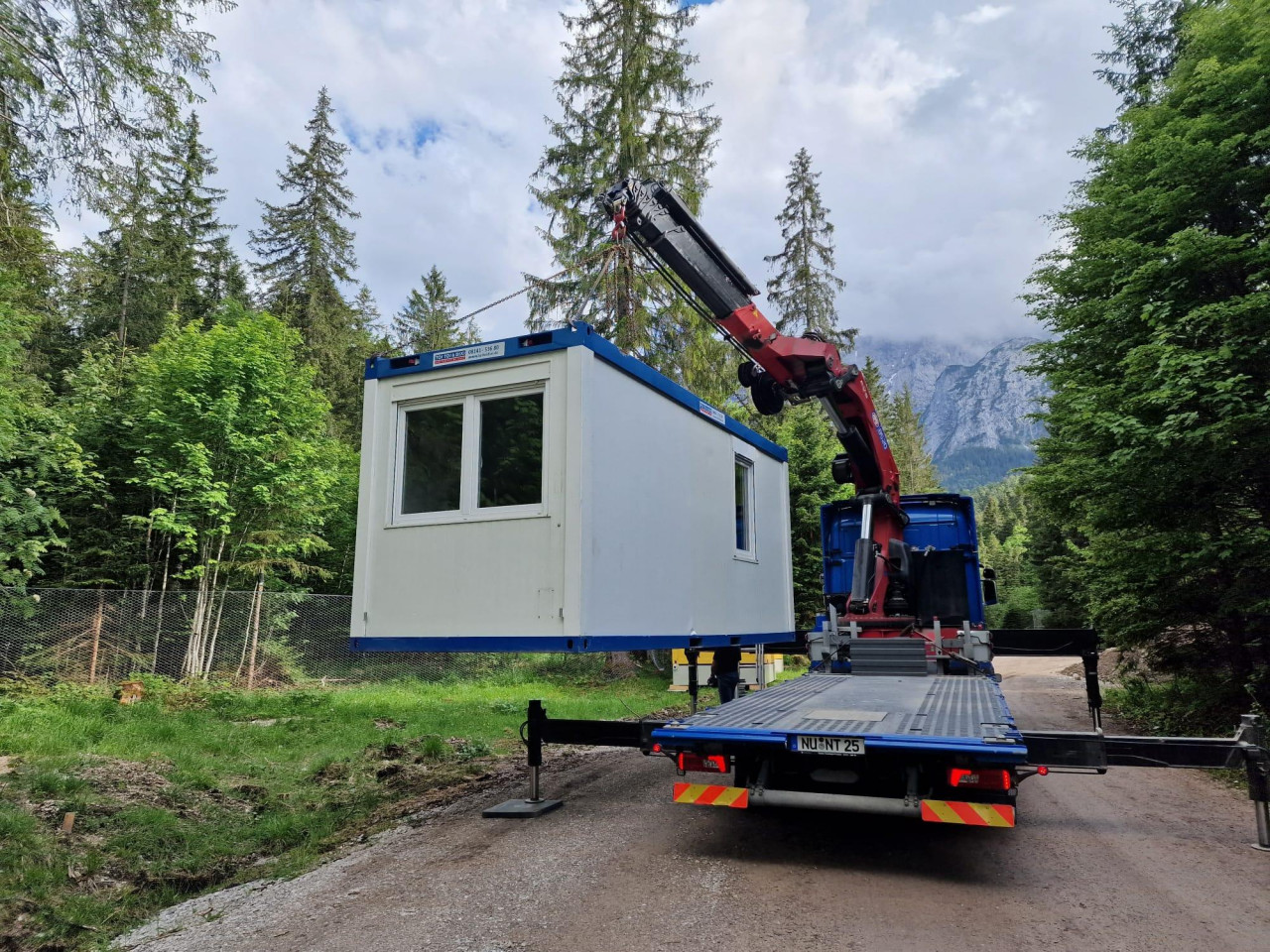 The G7 Summit at Schloss Elmau lasted three days - but for us it was 6 intensive weeks. This is because the preparations of the state and federal police, especially for various checkpoints at the borders, were already in full swing before the start of the summit. A total of around 20,000 police, fire and rescue service personnel were stationed around the venue. For them, but also for the politicians and all the people on site who are important for the success of such an event, we provided 276 sanitary and room containers and 2 large tents. Our container solutions were deployed at a total of 42 locations along the Czech and Austrian borders, at four airports and various control and deployment sites of the federal and state police in the Garmisch-Partenkirchen and Munich area.

In the process, 170 air-conditioning units were used, as well as 5,000 meters of construction fencing, 12,000 meters of barbed wire with over- and under-crawl protection, and 1,4000 meters of power cables. Our colleagues covered 137,000 kilometers, delivered 19,600 liters of fuel oil, cleaned 3,843 containers and collected 13,020 cubic meters of wastewater.

Some of the containers were located, for example, at the airfield above the castle. From here, the air service of the German Federal Police took off to pick up the G7 heads of state and government from the airport with "Super Pumas," the giant transport helicopters.

For the sanitary infrastructure, we also provided 109 TOI® WATER UP toilet cabins and 30 TOI® CARE hand sanitizers. During the G7 summit, the mobile toilets were supervised in a 2nd shift system.

A great performance of our colleagues, who were on call for 384 hours 24/7, and the team, which was responsible for the success in the background!

The delivery time is 1 - 3 business days from the requested delivery date.
For express next business day delivery, please contact our service hotline.