Simply calculate your cabin requirements
What do you need toilet cabins for?
Your field of application
Construction
Your field of application
Event
For your purpose we recommend Cabins
Please note that disabled toilets may need to be planned for events.
For events that last longer than one day, an intermediate cleaning is advisable.
For your requirement you need more than toilet cabins. At the moment an online order of more than toilet cabins is not possible, please contact our sales department!

Social commitment in the Ahr Valley 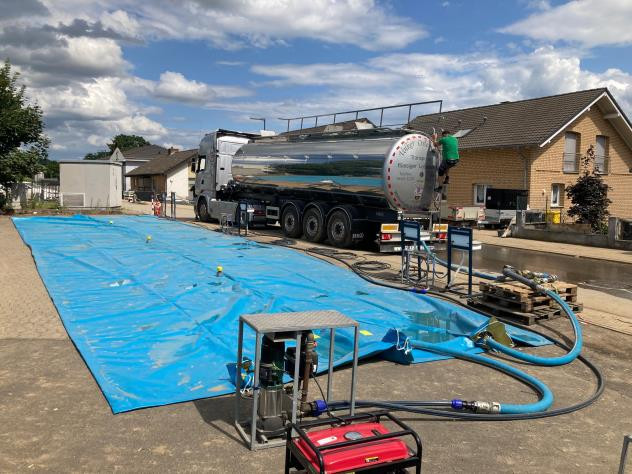 For a good year now, the people along the Ahr have been struggling to rebuild their houses and apartments.

TOI TOI & DIXI has also been active on the Ahr since the natural disaster. Our employee Guido Henseler, who coordinated the delivery and construction of the container units on site in July 2021, is also privately involved: Shortly after the flood disaster, he took out a private loan to build a drinking water plant in Dernau and later four other villages together with our supplier MTD - and has thus made an important contribution to the health of the people there. We support this great commitment by giving him one day off every week for his honorary work as chairman of the Spenden-Shuttle e.V. association.

The delivery time is 1 - 3 business days from the requested delivery date.
For express next business day delivery, please contact our service hotline.